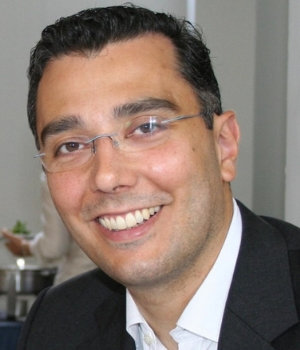 Emilios is the Co-Founder and Executive Director of Hellas Direct. Hellas Direct is a digital-first, full-stack insurance company, empowered by cutting-edge technology and artificial intelligence. Founded in 2011, the company aims to revolutionize the insurance value chain by adopting an extreme focus on operational excellence.

Prior to Hellas Direct, Emilios was a Director in the European Financial Institutions Structuring team at Barclays Capital. Before that, he was an Executive Director at the Goldman Sachs Investment Banking Division where he led a number of projects within the firm’s European insurance practice.

A former strategy consultant with McKinsey & Company, Emilios advised a number of European, US and Asian clients on numerous strategic issues in insurance, banking, energy and transportation.

Over the past few years, Emilios has privately invested in a number of different ventures, focusing on angel financing and the strategic use of technology in the financial services and healthcare space. He has held advisory roles and participated at Board level across a number of different start-up companies.

Emilios graduated with a BSc(Hons) in Computer Science from the University of Manchester, an MSc in Actuarial Science from City University and an MSc in Finance from London Business School. Emilios is a Fellow of the Institute of Actuaries (FIA) in the United Kingdom and an Endeavor Global Entrepreneur.