Hopwave: Let’s be travellers not tourists!

By Dimitris CharalampopoulosJanuary 30, 2017 No Comments 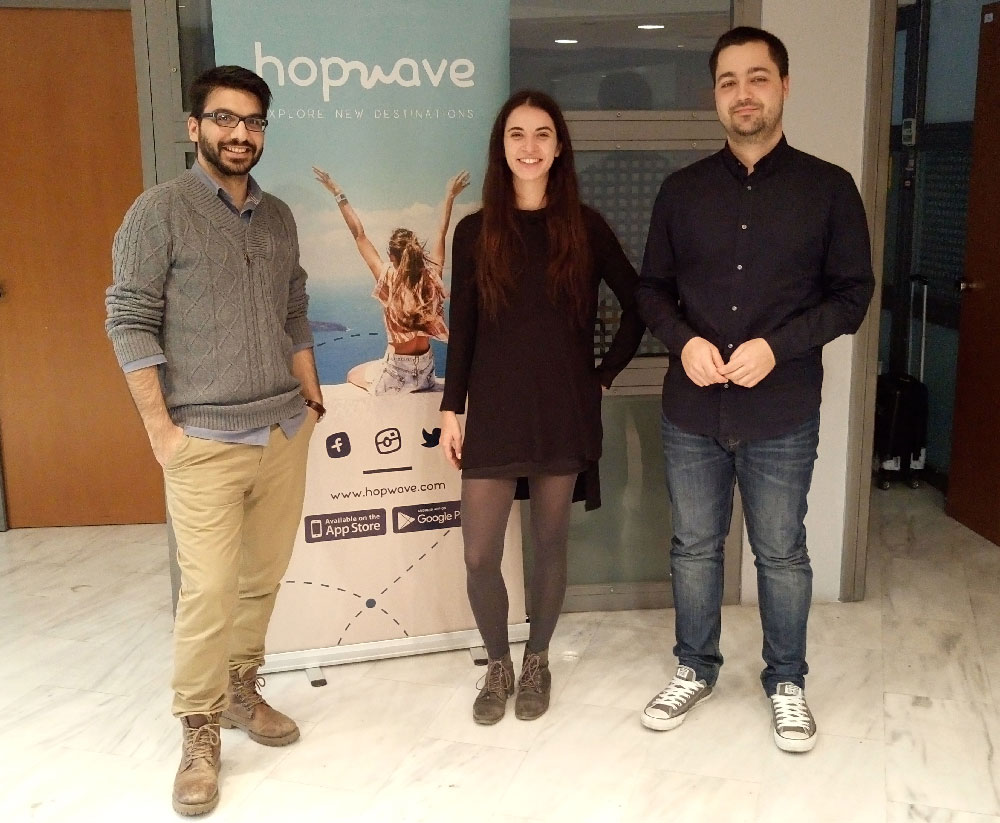 Greek Islands are the flagship of Greek tourism, which is probably the only industry in the country that has experienced such great development in recent years! And despite that, there  was a huge gap in several Greek islands with respect to the available marine routes. So, back in the summer of 2015, a team of young people created an application gathering available marine routes in one place, giving travelers direct access to the information they need to organise their escape to nearby islands. What’s more, through the app travelers gain access to all available means of transport depending on the place they visit, combined with the ability to book online tickets, and compare prices and services!

So, I will let George Pilpilidis guide us to through the fascinating journey of Hopwave!

How did the journey of Hopwave begin?

We began in July 2015 to work on the main concept of Hopwave. The initial idea was rooted in the fact that there is a mismatch between the ferries’ supply and demand for island hopping in Greek islands. Namely, the ferries are not enough to satisfy the needs of the travelers and we were looking for ways to increase their mobility and options. So, first we approached the small boats and taxi ferries, and then we looked to add short trips as extra options and then we added the offered experience!

The greatest challenge was to release the first product as soon as possible in order to test our idea, because if we didn’t, we could “lose” one whole year waiting for the next season. It was a product as simple as it gets, an MVP (Minimum Viable Product), without any payment system, without booking solution etc. In fact, it didn’t get any simpler! So, initially it gave travelers the choice to find information about ferries and boat timetables. We began with Kos Island and we focused on promoting it by any means we could! We got help from local tourism companies and local hotels and we were even giving out leaflets directly to the travelers! So, the whole effort was as “bootstrap” as it gets!

But the feedback from this initial effort was more than encouraging! In Kos island, we also approached almost every boat owner that organised daily trips around the island, so as a result we offered information to the traveler about all the possible boat trips there!

The first season was very educational for us and we managed to test our idea, to become informed about what a traveler is looking for and to get in touch with the boat owners and get their feedback and their ideas as well! Let’s highlight here that our case is different from the majority, because we didn’t have any experience before with travel tourism! This was our handicap, but this was also our strength as we looked at the whole concept with fresh eyes and we were looking for solutions and not problems! So, the next season came and we had a new “product” with the appropriate booking system and we got more familiar with the Greek bureaucracy and the different stages that we needed for our startup!

We added of course more islands to our platform, Dodecanese, Cyclades and Sporades. This is not as easy as it sounds as we have to go almost door to door to, find boat owners and persuade them to upload their boat trip online to our platform!

How was your experience with the boat owners, since, at least in my mind, they work in an area where technology isn’t a part of daily life?

That was also our fear, but the reality wasn’t as scary as we imagined. Sure, we had some difficult times to explain some techie stuff but as the 2nd second generation of boat owners take over the businesses, more people are familiar with online bookings and applications.

Now after almost 1.5 years, what, according to your opinion, was your biggest mistake?

I am afraid that we made more than one, but this is inevitable and also very educational! It is not about avoiding mistakes but about taking decisions! One snap decision may be a mistake, but many times one slow decision, even if it is right, can be proved wrong! So, it was all about taking risks and quick decisions and fix these mistakes during the building of the business! So, even during the high season the app was changing all the time, which meant we had to adjust quickly and as efficiently as we could.

Could you tell me more about the Hopwave team?

The team has changed so much since the beginning. We started with six people, but during the whole process we had many additions and many removals from the team, which may have delayed us a little bit. So, now we are 2 of the founding members, me and George Siatras, plus Eleanna Gkotsopoulou, who deals with the marketing side of the business and hopefully in the next months we will have more additions! We are preparing many nice things for the next season!

Have you received any funding?

We have received some support from Stavros Niarchos Foundation and Hellenic Initiative in our primary stages. This wasn’t something that we were actively looking for at the beginning as we were focusing on validating the idea and improving our product, but now we will probably be more open to this.

What is the feedback that you get from the boat owners and travellers?

Very positive from both! Firstly, there was a profound need from the side of the boat owners to take the next step and be present in such an online booking platform. For the other side, the travellers finally have access to clear information, which was very vague and not obvious before, and they are thrilled that they can pre-book their island hopping trips!

What you have created sounds quite customised for the Greek Islands and Island Hopping. Do you think that this idea can be implemented in other markets as well?

We started with the Greek market as it was easier for us but also because we saw the lack of such applications. There are also some other markets, like Croatia, and this would be something that we can investigate further in future! We believe that we can create an even better product and provide a holistic product which can improve the experience of the traveller.

Good luck with your effort guys and we wish you all the best for their future! 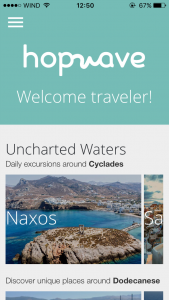