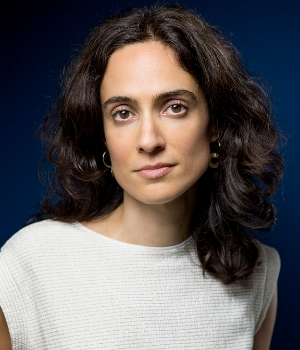 Despina Ladi is a Greek writer living in London. After receiving her BA from the Faculty of Communication and Media Studies at the University of Athens, she followed screenwriting courses in New York (NYU, The New School) and completed an MA in Screenwriting at the London Film School.

Since 2000 she works as a freelance journalist, having published articles in leading international magazines and newspapers including The Guardian, The Huffington Post and Sight & Sound. She has been a regular contributor to Vimagazino – the Arts supplement of Athens newspaper To Vima – and magazine Vmen, having interviewed hundreds of acclaimed filmmakers, artists and scientists. In 2011 her monthly column in Vmen «Life: 2, 3 things I know about it» was published into a book.

She has worked in a range of other roles, as a script reader, film researcher, film programmer, press coordinator and translator for companies including Working Title, The Walt Disney Company and Power to the Pixel.

Since 2013 she collaborates with British screenwriter Tony Grisoni in various films and TV series, including Paolo Sorrentino’s The Young Pope for HBO, while also developing her own film projects.