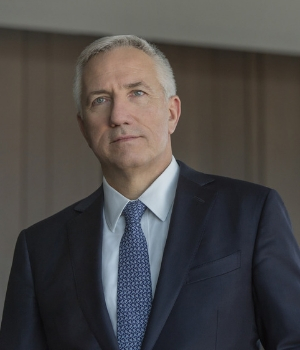 Since 2001, Michael Tsamaz held several senior roles within OTE, overseeing the course of its international investments, where he reformed operations, and served as CEO & BoD member for a number of OTE & COSMOTE international subsidiaries. He also served as BoD member of EE, UK. Mr. Tsamaz is also Chairman of the Board of Telekom Romania Communications S.A. He is a MoB of the Hellenic Federation of Enterprises (SEV) since July 2016 and heads the Digital Economy Committee since November 2016. Prior to his tenure at OTE Group, he held high ranking positions in Marketing, Sales & General Management for multinational companies such as Vodafone and Philip Morris.

Mr. Tsamaz holds a degree in Business Administration from the University of New Brunswick, Canada.