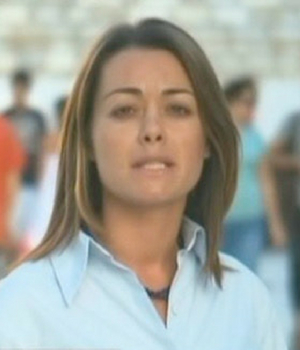 Elinda Labropoulou is a journalist, broadcaster and consultant on all things Greek for international media. She is based in Athens Greece. Elinda is the Greece stringer for CNN International and has been extensively involved in coverage of the Greek Financial Crisis from the very beginning. Since the crisis hit, she has also increased her close co-operation with the Washington Post. She mainly covers news and current affairs including the refugee crisis. A lot of her earlier work is focussed on migration issues particularly in the Mediterranean, the patterns, causes and effects of which she has been monitoring since the early 2000s. Her work has appeared in a number of international networks including CNN, BBC, Deutsche Welle and publications including Time Magazine and The Independent as well as several Greek media outlets.

Having closely witnessed the really negative image Greece has received in international media since the financial crisis hit Elinda is particularly interested in helping rebrand Greece and create a more positive image for the country.