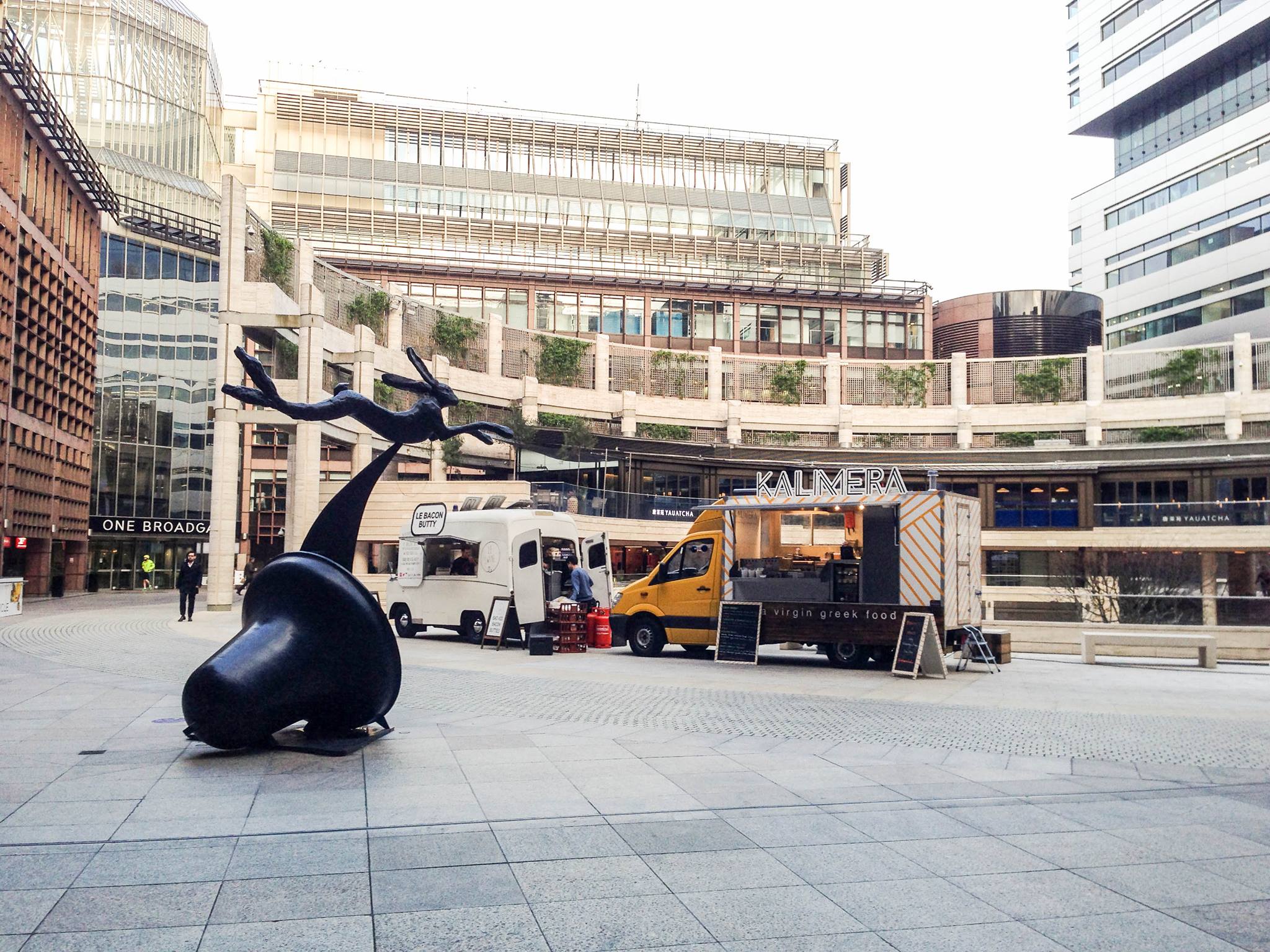 My first Reload Greece event and the realization that if they can do it, I can do it too.

I always thought of the people who left everything to start their own business as some sort of superheroes. And listening to Telemaque Argyriou only confirmed my thoughts.

Telemaque Argyriou, is a man who, after nearly two decades in the corporate world, dropped everything and opened a food truck to help feed the City of London employees.

During his golden-boy years, Telemaque realized that there is a market gap for a healthy and fast-dining concept. He had had enough with all the existing fast-food chains and decided to open his own.

Only this one would serve fresh and exciting natural Greek food for all.

Kalimera, or Good Morning, can be found cruising around London and always finds the perfect spot to feed hungry Londoners.

Still not impressed? Basically, Telemaque left his warm office, his comfortable chair and monthly salary, to stand in the London cold and serve bankers in the City.

And now he is enjoying his first solid roots, his first permanent location, at Camden Market.

During his talk at London Business School, he explained that during the first year of the 2008 economic crisis, he realized that his existence depended on a project; and if for some reason this project collapsed, so would he. He saw it happen a few times and thought: “If it happened once it will happen again, and next time it could be me.”

While considering his options he thought of the thing that made him the happiest in life: food. Having no actual experience preparing food for hundreds each day, Telemaque went through intensive training in busy restaurants in London to gain a concrete understanding of what his project would entail. His devotion to his passion has definitely got him far but most importantly, Telemaque argues that he is the happiest he’s been in a long while – however long the hours are.

I always thought that leaving your comfortable career to kick off your own project was one of the bravest things one can do. It takes courage, patience, persistence, passion and determination just to name a few of the prerequisites.

And that is what Reload Greece can give to you. When doers surround you, you are closer than ever to becoming one yourself.