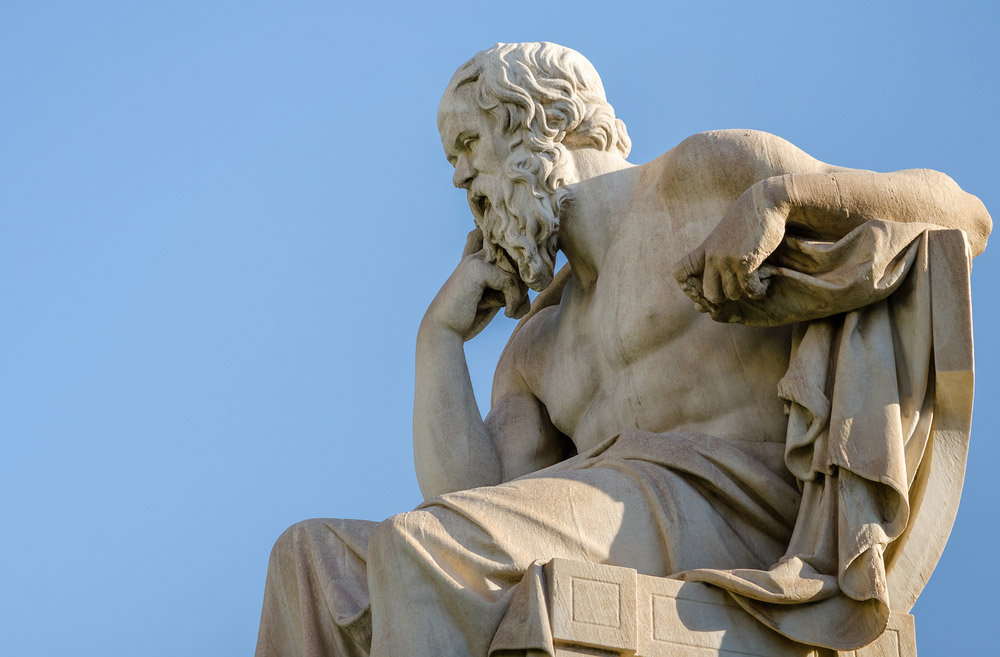 European University culture is historically rich and academically invigorating. And yet we as a continent experience a vast disparity between countries and the effect of their education.

Youth unemployment is rife in Greece, and among the highest in Europe. Greek graduates tend to be migrating elsewhere for jobs (usually to the UK, Germany, Belgium and Holland) and this is due to a lack of demand and the surplus of brains in the Hellenic market. Noticeably now, there is a trend where students are doing their bachelors in other European countries, which raises even more concerns. 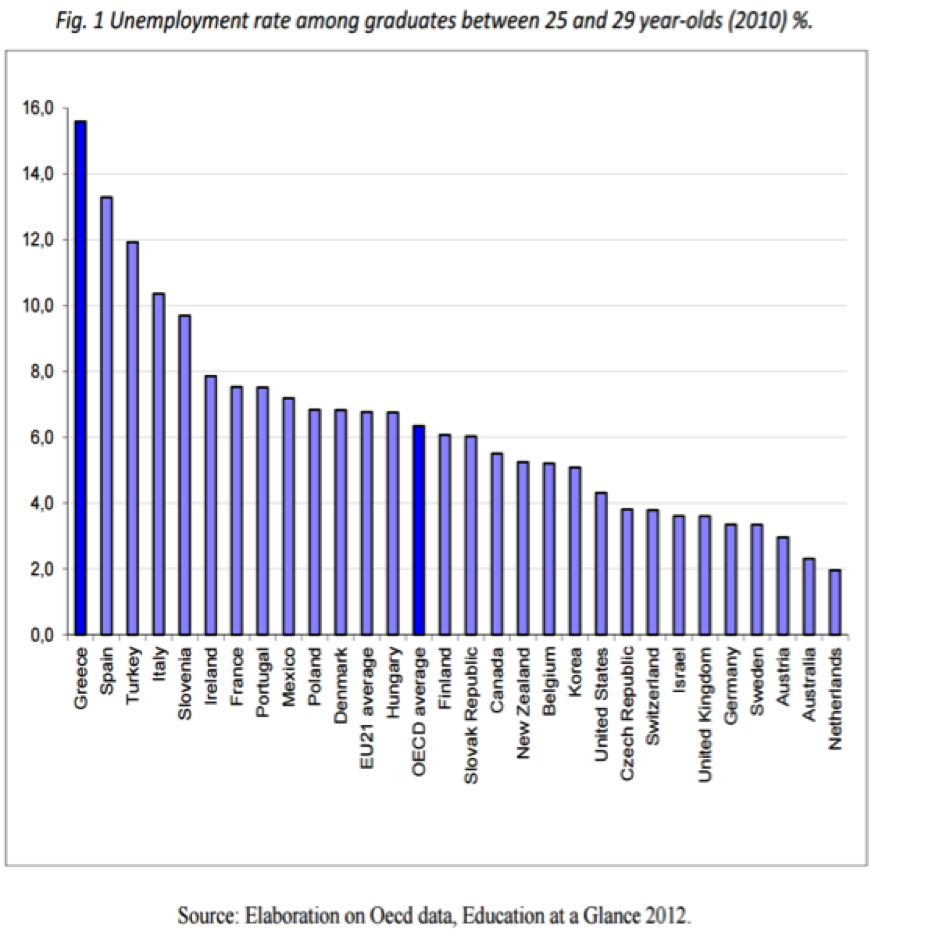 Reload Greece believes that industry and creativity is essential to southern European economies boosting themselves from their current financial crisis. However, this cannot be realised without fundamental educational reform.

A Call for Reform

In 2006, a commission was delivered to the Council and European Parliament on the issue of European Universities entitled the Lisbon Strategy. The report identified the need for modernisation and reform in many member states’ educational institutions. Many EU countries implemented these reforms, however Greece has failed to.

Some of the reforms are naturally harder to implement than others:

However, there are also some easier (and cost-effective) reforms that can be implemented:

And why isn’t this happening?

It is difficult to implement change within the Greek Universities as it is viewed as an institution that must remain pure. By “pure”, what is meant is basically not being motivated by profit, not working and  researching on behalf of industry, and just generally not being neo-liberal. And when anyone wants to institute change, this is normally what they are accused of. It is an argument that can naturally garner sympathy, however, it is coming at a deadly cost for Greek society, as all other competitive countries are making these links between industry and universities, which means Greece is falling behind. 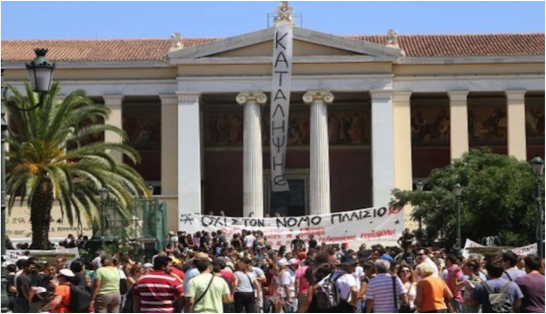 The lack of finance is also a driving factor for the degeneration of the University sector. Lecturers and professors are paid inexcusably low salaries (sometimes as low as €1000), despite people’s belligerent criticism that high public sector salaries are the cause of the debt crisis. But the lack of funding is manifesting in areas other than general salaries, such as research funding, resources, staffing, course quality, etc. The knock-on effect of bankruptcy is tremendous and real.

Let It Be Clear

The brain drain is not the reason for the crisis. Education, however, is partially to blame for the brain drain and the crisis. This is why reform is so necessary. If the current migration trend continues, then it will worsen the problem and deepen the wounds. And this is why Greece needs to reflect on its current University culture and policy, and implement change at a fundamental level.